Both libraries and frameworks are reusable code written by software developers. These two applications help developers to solve common problems in easier ways. When developers use a library, they are in charge of the flow of the application. Developers can choose when and where to make use of libraries. But while using a framework, the framework owns charge of the flow. Frameworks provide some places for the developers to plug the code. But we must admit the fact that both of these applications are ever helpful in the field of software development.

More Power to Frameworks and Libraries: AI, the Driving Force

AI is becoming more powerful and smarter with the research and efforts being put in AI. Gartner predicts that artificial intelligence will become stronger than human intelligence by 2029. This prediction is not very far from the reality as we can see that the chatbots and virtual assistants of our smartphones or home devices become smarter and more powerful as we keep on using them.

IBM Watson is one of the best examples of AI-based systems that provide great help to developers. It can understand, learn and draw conclusions. IBM Watson is mostly used in epidemics forecasting, atmosphere condition monitoring, business processes optimization and so on. It is called a "question answering machine" because of its ability to replicate human-like abilities to respond to questions optimally. At present, Watson offers nearly 50 APIs which gives developers the ability to choose the API according to their purpose. Along with all those benefits, IBM ensures the best of data protection with world-class security and encryption capabilities.

This AI-based framework functions exclusively with the programming language Python. This library contains a huge number of Machine Learning (ML)  algorithms. PyBrain is easy to use and a clear framework with a universal environment algorithm implementation. It is a tool that can be used by developers who are still learning, as well as computer science researchers in the world of deep learning and neural networks. This application allows developers to work with concepts such as reinforcement learning, unsupervised machine learning, and neural networks.

TensorFlow is a production of Google. It is an AI-based library that can solve various tasks by processing a huge amount of data. The key features this library is that it can be used on any CPU or GPU, be it a desktop, a server, or even a mobile device. This framework is available in the Python and C programming languages. TensorFlow is open-source which makes developers create AI-based networks in pattern recognition.

This library can be used in the C programming language for scientific calculations. The benefits of this library include the capability to build complex ML networks with the help of containers mechanism. It provides a large number of algorithms which improves efficiency and speed. Torch contains a powerful N-dimensional array. With this feature, it can help with operations such as slicing and indexing. A number of pre-trained models of Torch framework are easily available for developers to use.

This library uses Scala as the primary programming language to function. Beyond Scala, it is also useful in languages such as Java, Python, and even R. This is one of the fastest processing libraries when it comes to the processing of large-scale data.  MLlib can easily be plugged into Hadoop workflows too.

This powerful tool solves many tasks that require data processing, classification and clustering tasks. Scikit-Learn can be used for data mining, visualization of data, analysis and so on. This framework is developed as a package of python language. This is an open-source framework based on artificial intelligence. Moreover, it is comparatively easy to use due to the simple syntax of Python.

This is an advanced AI-based multitasking library that can help developers by defining, optimizing, manipulating, and evaluating mathematical expressions using a computer algebra system. Theano is efficient in doing tasks like matrix operations, symbolic variable and function definitions, and just-in-time compilation to CPU or GPU machine code.

The next AI-based framework is Apache Mahout which is designed to let mathematicians, statisticians and data scientists quickly implement their own algorithms. It is a mathematically expressive Scala DSL that offers support for multiple distributed back-ends. It is equipped with modular native solvers for CPU, GPU and CUDA acceleration.

This AI-based framework is used for speech recognition. This framework is a really powerful framework with multiple features.  It is developed by Yangqin Jia as a part of Ph.D. research while at UC Berkeley. At present, it is working as an open-source framework for deep learning that supports various types of software architectures.

The list above will definitely help the developers to find the best suited AI-based framework to help them in developing software of the best quality. These tools will surely make it possible to change your app drastically.

We at interface, offer a package of codes that can be easily reused by developers. Developers can select a ready-to-use model or can override existing models to enable AI assistant functionalities. The packages of codes can be reused across assistants enabling developers to rapidly create and deploy AI assistants with rich functionality. So take a smart step and request for a demo to find how packages make the task of software development seamless.

Join the newsletter to receive the latest updates in your inbox.

(Author: Srinivas Njay, Founder & CEO, interface.ai) Introduction Over the past few months, the adoption of Intelligent Virtual Assistants(IVA) has skyrocketed among Financial Institutions. This rapid increase in adoption was triggered by the pandemic and its impact on the traditional modes of banking. During this period several financial 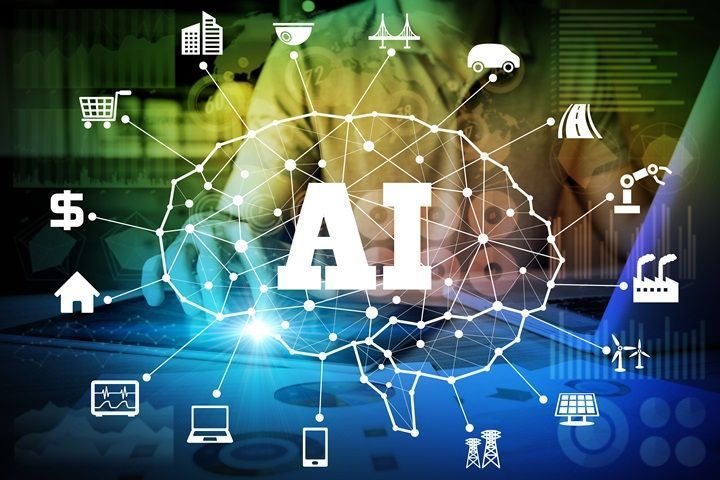 Join the newsletter to receive the latest updates in your inbox.

Bank of America is doubling down on voice assistant Erica